The concentration of carbon dioxide (CO2) in the atmosphere at the OzFlux site is quite variable on a minute to minute timeframe. There are also daily and seasonal cycles in the variability. This variability is caused by:

There is a daily cycle of CO2 uptake and release from the Calperum vegetation and soils, producing a daily change (flux) in the concentration of carbon dioxide (CO2) during a clear day.

There are also seasonal temperature effects, and gradual (lagging) responses to rainfall in the activity of the vegetation.

There is a daily cycle of evapotranspiration from the Calperum site, measured as the flux of water vapour coming from the soil and plants during a clear day.

The Calperum site typically has hot summers and cooler winters, but rainfall is variable between years and across seasons within years – it can fall at any time.

In a wet period (August 2010 to April 2012) rainfall exceeded evapotranspiration and hence there was water stored in the soil profile (shown as positive values in the graph below). 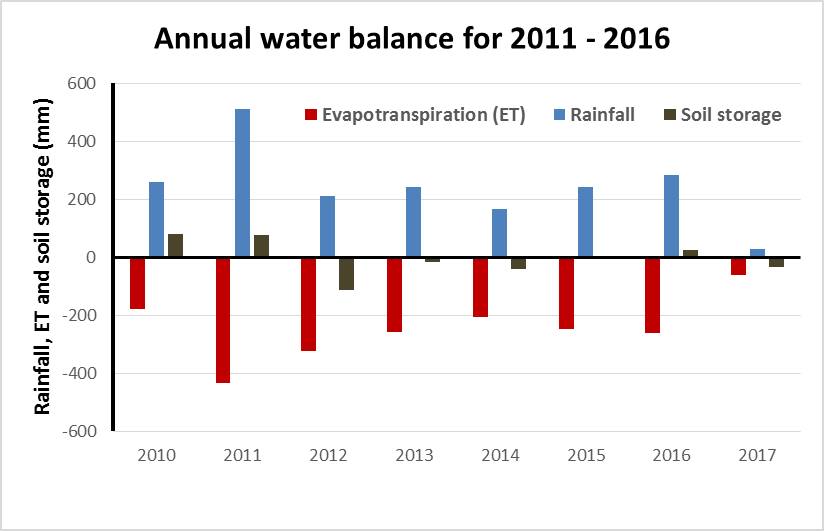